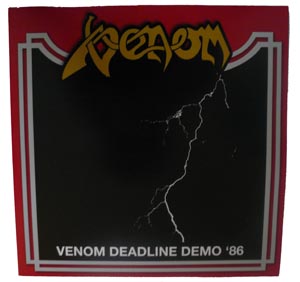 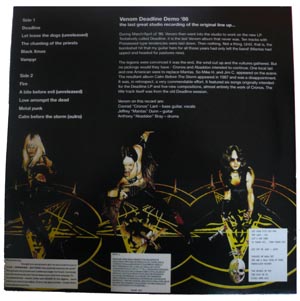 Side A
Deadline
Let Loose The Dogs (unreleased)

The Chanting Of The Priests
Black X-mas
Vampyr

Additional Information
During March/April of '86. Venom then went into the studio to work on the new LP. Tentatively called Deadline, it is the last Venom album that never was. Ten tracks with Possessed-type tendencies were laid down. Then nothing. Not a thing. Until, that is, the bombshell hit that my guitar hero for all those years had only left the band! ( Mantas had upped and headed for pastures new.

'The legions were convinced it was the end, the wind cut up and the vultures gathered.
But no pickings would they have - Cronos and Abaddon intended to continue. One local lad and one American were to replace Mantas. So Mike H. and Jim C. appeared on the scene. The resultant album Calm Before The Storm appeared in 1987, and was a disappoictment, It was, in retrospect, a very commendable effort. It featured six songs originally intended for the Deadline LP and five new compositions, almost entirely the work of Cronos. The title track itself was from the old Deadline session. 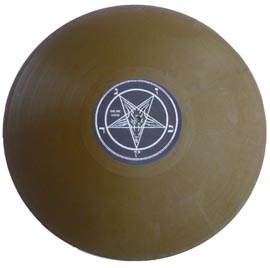 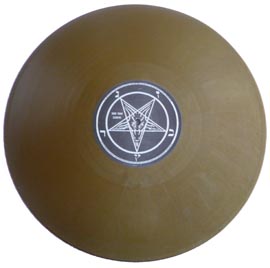 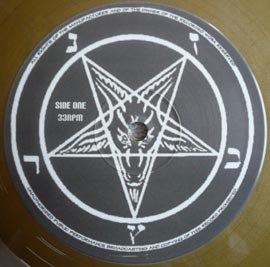 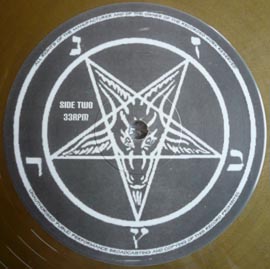 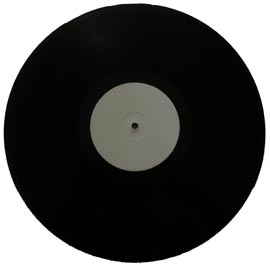 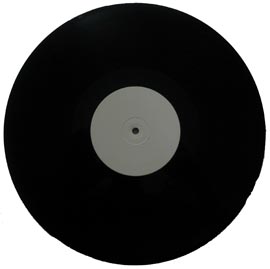 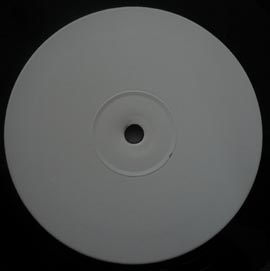 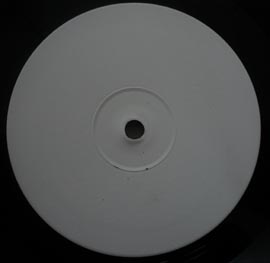 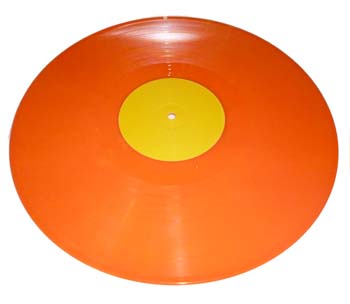 Pictures of the Orange vinyl 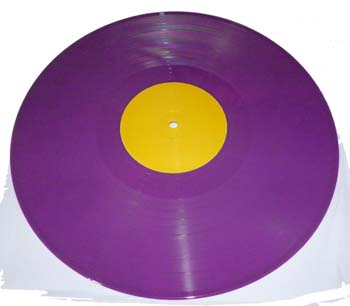 Pictures of the Purple vinyl 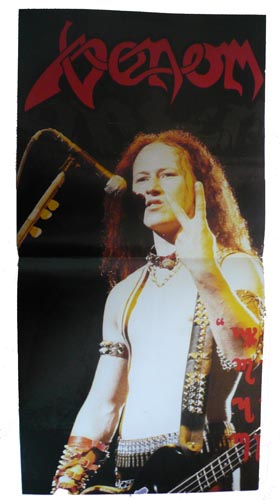 Poster included with the album