January: Venom are writing on a new album. Eleven tracks are in working progress.

March:  In the spring of 1986, it was back across the pond for some North America dates, and a couple of hectic nights at the Ritz in New York were additionelly taped for future use. In due course, the Hammersmith and New York recordings formed the basis of the band's "Eine Kleine Nachtmusik" live set. The audience at the seven gigs were introduced to two new songs, never heard before, "Love Amongs The Dead" and "The Chanting Of The Priests". 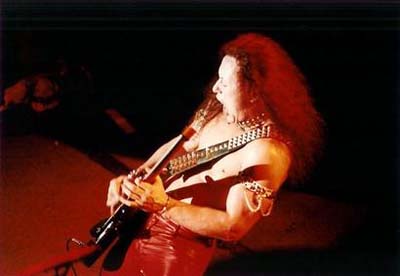 June: By the second half of the year, the lads were hard at work on their next album, which had already been given the tentative title of "Deadline", when things started to go quite horrendously wrong, resulting in a great deal of infighting which ultimately culminated in Mantas going off to do his own thing.

September: With Mantas out of the band Venom searched for a different type of guitarplayer. As Abaddon said at the time: "We wanted a style of guitarist vastly different from Venom so we got Jimmy C in (Jim Clare - lead guitar), and we also wanted someone out of the LA scene who didn't know what the old band sounded like, hence Mike H. (Mike Hickey on rhythm guitar).

November: The closing chapter of the Mantas era, the fifth official Venom abum is released on November 28. The double live album "Eine Kleine Nachtmusik" soon won favour with the public, and a healthy number of units were shifted in no time at all. A poster was free wih the first 10.000 copies, limited to U.K. only. 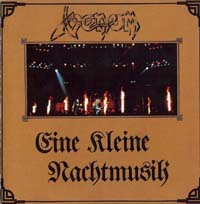 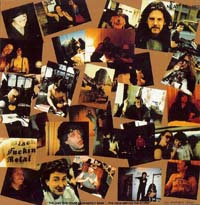 December: The new line-up performs their first live shows in Brazil. A couple of Venom albums was issued there prior to the band´s tour. The band enjojed the enthusiasm of the Brazilian Legions and they had some insane record signings where thousands of Legions packed the streets and stopped the traffic etc. But they also faced the corruption of the country. Every day more and more Venom equipment was being stolen, Most of the drum kit and the amps vanished, they even stole the huge demon backdrop, the one used on the Alive in '85 Video. 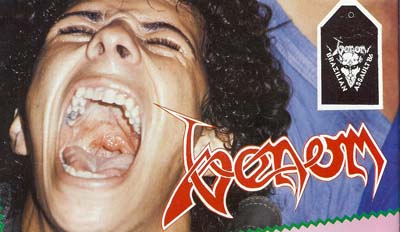 March: Venom signs a recorddeal with Filmtrax, who made a deal with K-tel in the States to release the next album.

October: Venom embark on a sell-out tour of Japan. Three gigs in Osaka, Kyoto and Tokyo. The setlists at those gigs contains of nine tracks from the upcoming album mixed with old classics. 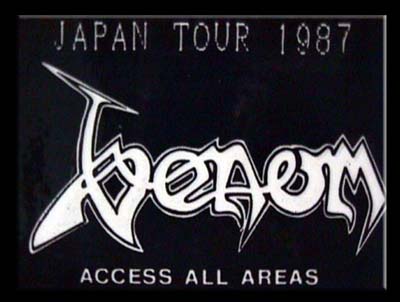 November:  Release of the "Calm Before The Storm", featuring 11 tracks, written and arranged by Venom. Several of the tracks is from the "Deadline" session. The album is produced by Nick Tauber (whose past credits include Marillion and Deep Purple). "Under The Spell" were consider to be a single, but that never happend.

December:  The album is well-received and is garnering much enthusiasm and excitement from critics. KERRANG! magazine and Jon Hotten gave it a KKKK1/2 (out of KKKKK), Dave Ling from METAL HAMMER a positive 5 (out of 7) and Mike Exley over at Metal Forces a glowing 95 (out of 100) rating.

September: Venom had become embroiled in legal suits with their record company and publisher and sack their management, resulting in the cancellation of the tour they had scheduled for the end of the summer and the postponement of their recording plans.

October: In no. 21 of METAL HAMMER, Mark Day review MANTAS "Winds Of Change" album and give it the magazine´s (new) highest rating, 5 star = Hotter Than Hell. WARFARE´s album "A Conflict Of Hatred" with MANTAS as guest guitarist is released.

November: Things began to fall apart within Venom and Cronos decide to pack his bags and leave, taking Mike Hickey and Jim Clare with him to form his own eponymous venture.