Event Notes
Bloodstock Open Air is a British heavy metal festival held annually at Catton Hall in Walton-on-Trent, England since 2005. BOA 2016 took place between 11 and 14 August and did saw Venom play their first gig on English ground since 2006. 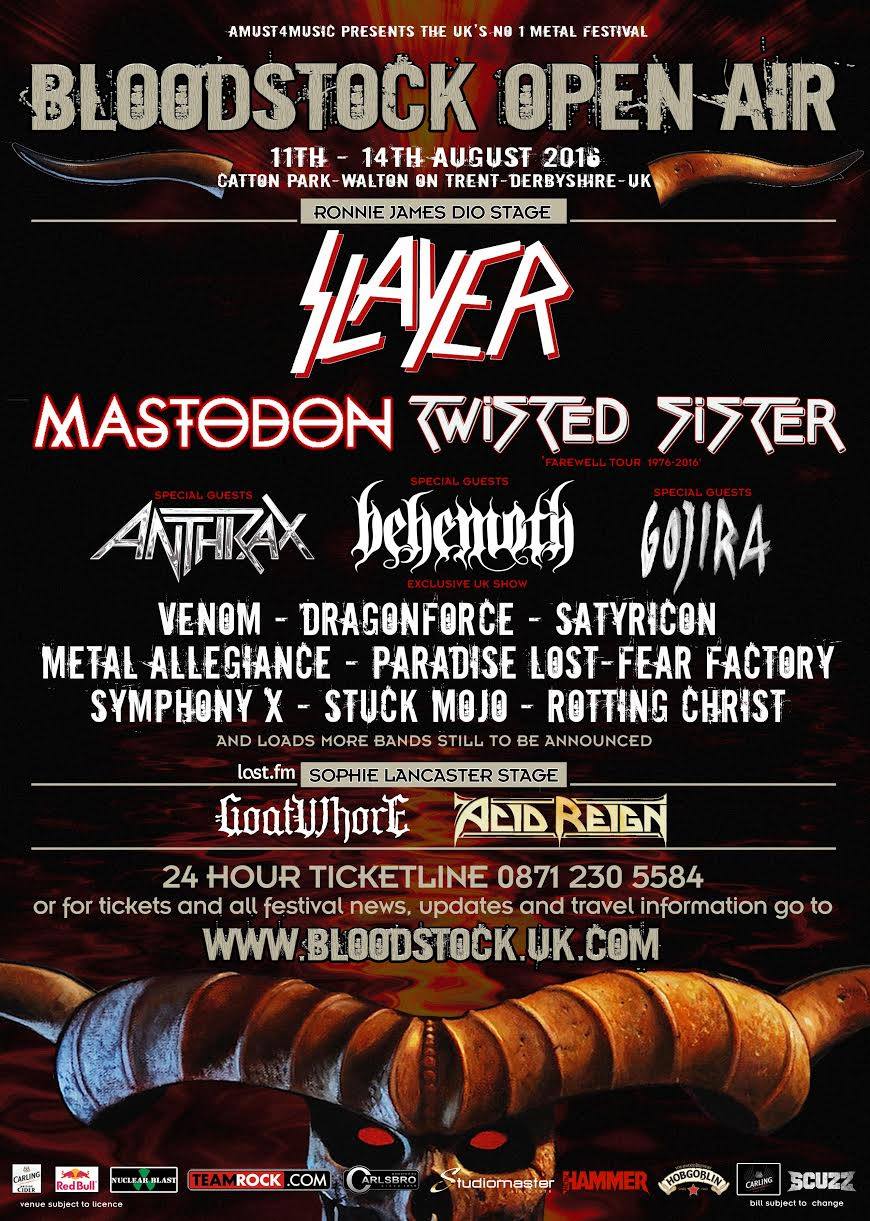 My livereview
Venom. Live. Words that should send shivers of anticipation down the spines of all true metal fans. Because we´re not talking about anything as glib and meaningless as a top class liveband. Nor even a world-class liveband. No, this is one act who conjure up magic every time they go before the public. The combination of art and sweat, the realization of the moment for all time.

There´s always been something special about a Venom show. Since the original line-up stepped onto Belgian soil more than 34 years ago for their first proper gig at Poperinge, there´s been a unique bond between the fans and the band. Doing big long tours have never been the Venom way to do it. No, this band gathers itself for special events and that makes it very unique for the fans to attend to the gigs. They know that Venom live is a momentous occasion.

To fully appreciate what makes this band so remarkable you have to experience first-hand their craft, the charisma and the crunch. While many big names are content to coast onstage, almost letting their reputations carry a lackluster indifference, every gig for Venom is an act of mutual worship – the audience isn´t simply there to be entertained, they must be drawn into the festivities, must be part of the event. Few others come close to matching Venom on a stage, it´s about power, precision, pacing, passion, performance. And if that sounds like hype run rampant, then you´ve never been privileged to witness Venom in full, glorious flight.

So, alright, we are talking about the band in their ´80s heyday, right? Surely the Venom comeback with only Cronos from the original line-up was doomed to be yet another case of a great band who should have stayed locked in the pages of myth and legend, rather than returning to prove their potency was on the wane? Well, there may have been some who believed to be the case as they made their way to Bloodstock Festivals mainstage on this hot Summer day in August 2016. But for most, there was a sense of occasion, a belief that this was one name from the past who wouldn´t let us all down, because they had heard the two latest amazing studio albums done by the present line-up.

Well, for what it´s worth, Venom didn´t deliver as expected – no, they did more. Those who´d been present at gigs three decades previously were stunned and amazed at how these guys emulated what had gone before. Those who´d only heard stories of Venom´s historic shows of old were left staggered and staggering at what they´d just seen for themselves.

Venom on an English stage for the first time in 10 years, bandleader Cronos, guitarist Rage and drummer Dante were simply an awesome experience (but kinda weird to see them in blazing sunshine!). They had the capacity crowd riveted, fascinated and utterly drained. As the stage time drew nigh, the chant went up “Venom Venom Venom”, the buzz, the air of expectation, it was a vibe that no bands would match over the day.

From the moment the opening chords of Long Haired Punks it was a breathless ride of anthems, classics old and new. The Death Of Rock´N´Roll follows and the new material sounding even more powerful live than on record. With only 60 minutes playtime the Black Metal Gods waste no time in crushing into Bloodlust and the energy explodes from the first riff both on and off stage. The line-up on stage may be different to the one in the studio 35 years ago but tracks like the addictive Welcome To Hell and Countess Bathory sounds just amazing. The pits were in full swing and the crowd were soaking up every putrid drop of down right glorious Metal unleashed by Venom. We got the masterpiece Fallen Angels next and another titletrack followed, the rare played From The Very Depths. That song is like sex for the ears. So tight, so heavy, so good.

We were taken through the years as Rip Ride from Venom’s third album, At War With Satan was played to the still energetic crowd. The set list was well chosen as each song furthered the crowd’s ballistic nature towards even more sadistic fury. We got a mix of fast and chaotic with dark and slow when Hammerhead and The Evil One bled through to Resurrection, leaving the audience in a state of eager anticipation as to what would come next. Venom don’t hold back on presenting their freshest material and Pedal To The Metal and Grinding Teeth was up next. The crowd-surfers were out in force as Venom were relentlessly bulldozing through their set. Cronos voice was perfect, he had no issue hitting the notes and his energy and presence was mesmerizing. During Warhead we got one of the biggest roar from the crowd, and Dante’s hammering drums were superb on this classic.

They finish the gig with one of their anthemic beasts, tailor made for the manic crowd, Black Metal. An impeccable performance by all three. The crowd still wanted more but alas no more encore was done and we all vacated the field ecstatic with the show that we had just witnessed. The band were on true form this day. Bloodstock won’t forget this gig and will have an insatiable appetite for more Venom-shows. Pray to the metal gods for more Venom excursions on English ground further afield. 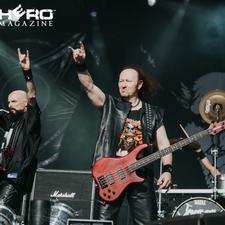 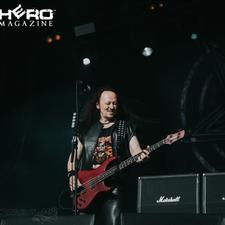 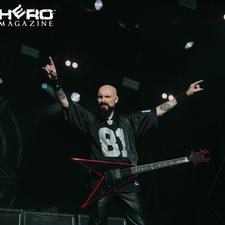 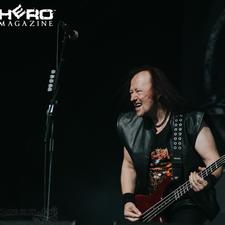 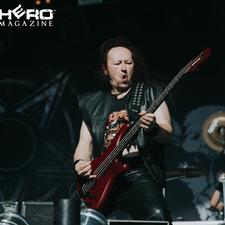 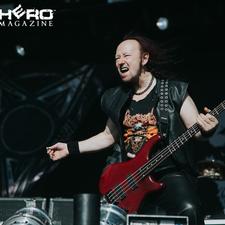 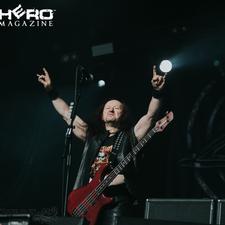 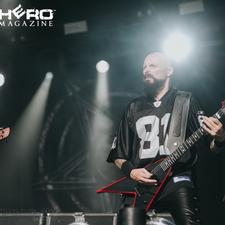 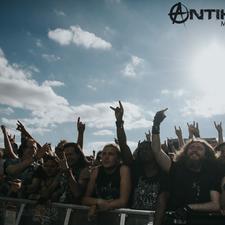