Event Notes
Sweden Rock Festival is an annual rock/metal festival held in Sweden since 6 June 1992. While having a clear rock/metal focus, the festival is noted for its diversity across these genres, having featured southern rock as well as death metal legends. Venom played here 2006 and returned 2017 for their second gig at this great festival. 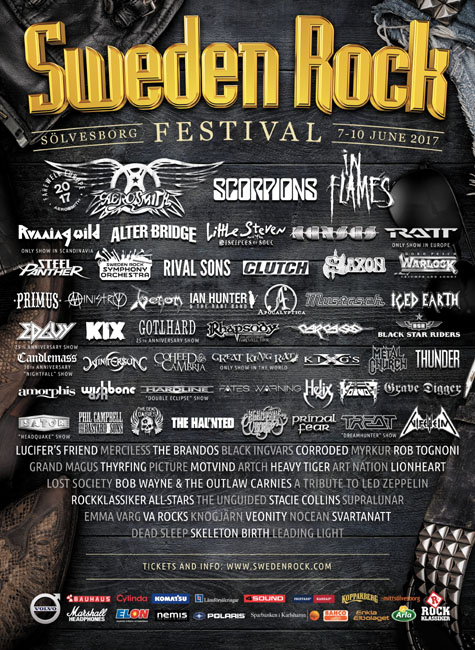 My Livereview
It doesn't get much better than this on a scorching Saturday evening in Sweden. Fourth and last day at Sweden Rock Festival. It all ends with my all-time favourite band, the pleasures of Venom bidding the European festival season a trashy welcome, with eruptions of explosions, fireworks and Olympic-standard Metal music.

It’s hot. Very hot, in fact. But I have been careful with drinking alcohol all afternoon for fear of missing out any details; So I’ve got a clear head when the master himself, Cronos, leads his Venom, onto the Sweden Stage, which is undoubtedly a good thing as, memory cells intact, I’ll be able to remember this excellent performance for years to come.

Thundering over the audience with an opening triumvirate of From The Very Dephts, Death Of Rock ‘N’ Roll and Smoke pretty much lets the crowd know what it’s in for: that’s right – 90 minutes of unremitting black metal thunder from a band that, despite being over 35 years old would appear to be as good now – especially live – as they ever have been.

Pound for pound, with all the smoke and fires of a cool stage production included, you’d have to say that Venom are just as good as any other competitor. Cronos still has an incredibly powerful set of pipes, as evinced by his masterful performance of mentioned Smoke, whilst Dante’s nothing-short-of-outstanding. Tonight he doesn’t put a foot (or hand) wrong, giving the crowd a masterclass in metal drumming that would leave many other percussionist flailing about in his stripstream on tonight’s evidence. He is the glue that holds everything together.

And let’s not forget Rage, the highly underrated axe-player, mad man and English dog, and he is firing on all six tonight and helping to create a glorious wall of heavy metal sound in the middle of this Swedish field that is for this one and a half hour forever Venoms; They simply don’t let the foot off the throat for a moment, following up the haunting Smoke with a speedy Long Haired Punks and the fist pumping Hammerhead, Cronos sensibly changing the key for the chorus yet sacrificing no impact at all; this is followed by a little bass rumbling intro, allowing us all to calm down and take some fluids on board before stiffening our sinews and diving into an epic Fallen Angels. Another (relative) newie, Antechrist, the opener from 2006 Metal Black album is next. It´s fast, fast, fast, with a good chorus, pounding drumming and squealing guitars.

We are now seven songs into the setlist and not a single old one played yet. With a backcatalouge of Venom´s dignity, that could backfire, but not here, not 2017. Only a band with confident do a thing like this on a festival gig. Does it sound like 1981?, like 2000? Hell no, this is 2017. Evolution can only succeed if the core holds together. Survival depends on stability, a sturdy backbone that will bend but never break. The goal of development is to always strive to surpass yourself – without reinventing yourself – and never came to a standstill, but keep the progress rolling – and this is something Cronos has succeed.

Bloodlust! Huge crowds of dust are being kicked up by the deliriously moshing diehards at the front, and some of us are going to be paying heavily at the Chiropractors later in the week. Buried Alive reduces the pace if not the intensity, and then, a big surprise in the setlist – Pandemonium, with it’s unforgettable riff, never ever played live before, laying waste to all in it’s path. Resurrection and The Evil One that follows makes this quarter the heaviest part in the set.

We’ve only just reached the half way point, but Legions are hardy people and no one look spent. Luckily on stage everybody’s holding up as well. After the blitzkrieg of the opening half of the set the band set course for home with a crowd pleasing second half; Rip Ride and Satanachist (last played 2006!) follows before Welcome To Hell, one of metal’s great anthems gets things going, the crowd going justifiably mental. They stay involved for a momentous Countess Bathory and the entire throng doing Cronos bidding at Warhead and the band playing the songs as well as I’ve heard it done since the bands ‘glory’ days. Rage’s guitar playing at the end of the latter is hair-raising, and it’s one of the highlight of the set for me.

New classics Grinding Teeth and Pedal To The Metal continues before old classics, Black Metal and Witching Hour finish the show, all and every one consuming the crowd in a frenzy of headbanging, fist-punching, hoarse-lunged participation.

The brand Venom may be justifiably classed as veterans now, but today at Sweden Rock saw Venom give everyone else on the bill a lesson in metal festival entertainment. Peerless stuff. 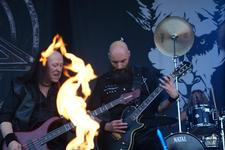 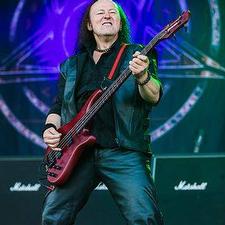 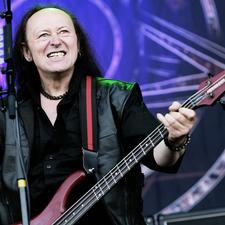 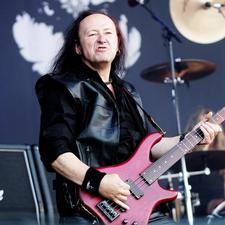 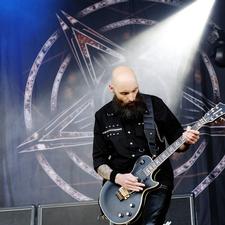 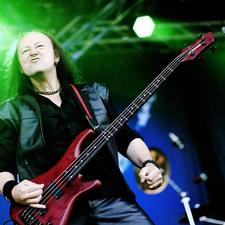