Event Notes
The longest running extreme metal indoor festival of Holland. Since 2009 fans from all over the world
has travelled long distance to get to this beloved festival. Held in the venue called Effenaar, that
nowadays consist of two music halls. The large hall has an audience capacity of 1200 and the
small has a capacity of 350. Venom´s gig in 2017 was their first. 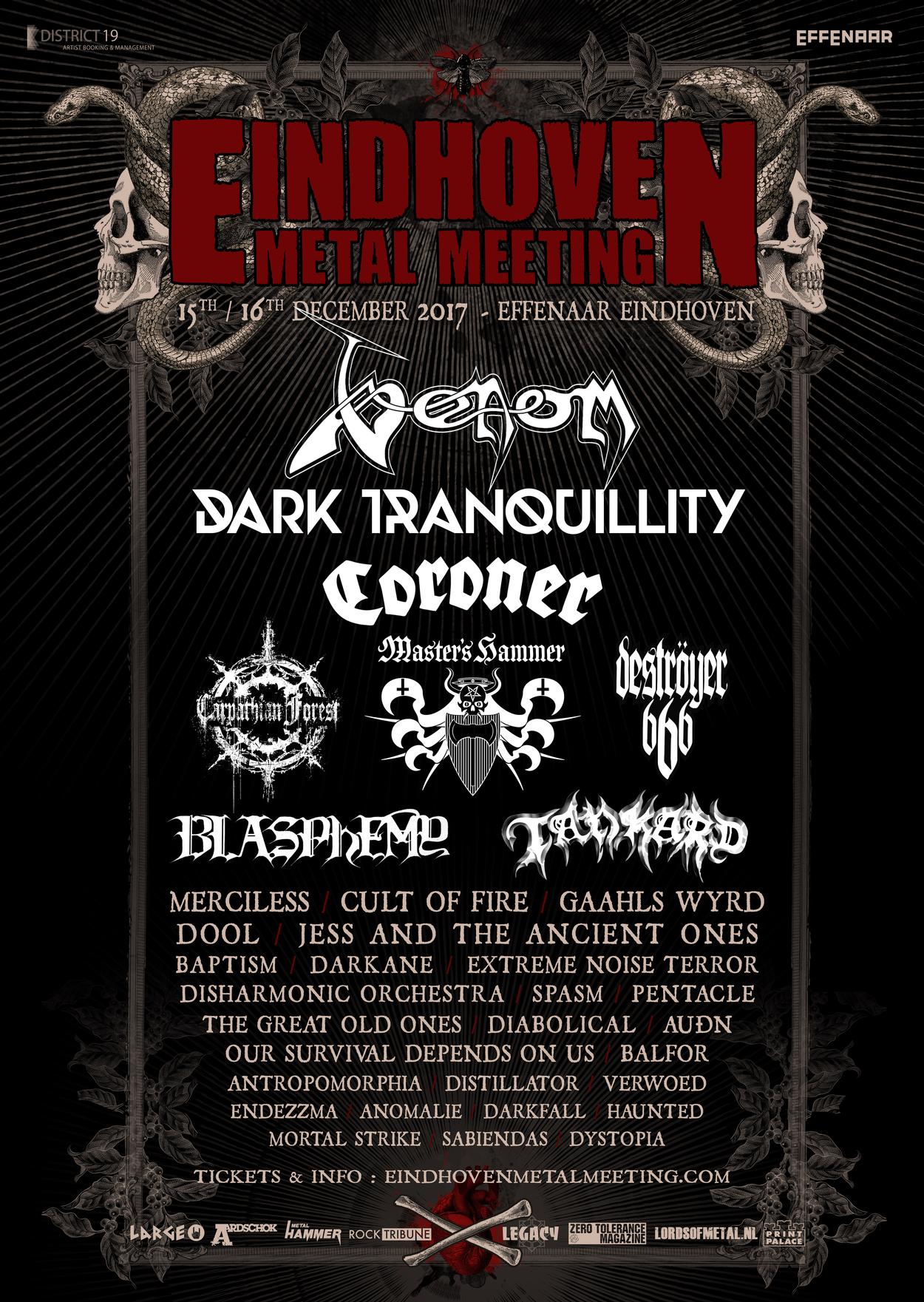 KNOCKED OUT IN HOLLAND

What a fantastic proper gig from VENOM we witnessed at EINDHOVEN METAL MEETING on Saturday night.

Any troubles that existed in the band with earlier line-ups are now long gone. What we did see tonight were three guys having fun and delivering an impacting set of top-class Metal.

To everyone’s surprise and joy, BLOODLUST opened proceedings with the whole crowd helping out CRONOS, not that he needed it, because his voice has got even better during the years - if that's possible. VENOM then gave another metal masterclass with the vicious DEATH OF ROCK'N'ROLL and the slower marching excellent SMOKE. Both taken from their latest full-length album, the awesome, FROM THE VERY DEPTHS.

CRONOS presence was immediately felt. There is something about his expression, piercing eyes and stature that speaks, “we’re going to kick ass tonight.” There aren’t many frontmen that can convey a statement without saying a word, but CRONOS has that ability. As the crowd roared in anticipation, CRONOS greeted everyone and introduced the new upcoming single 100 MILES TO HELL, a groovy midtempo future-classic with some familiar satanic lines in the lyrics. A bad-ass song with THAT bass monstrously loud as well.

The slow but intense BURIED ALIVE leads into THE EVIL ONE, a big, fat bass groove underscores a lead riff so infectious that air guitaring is instinctive and headbanging unavoidable. A cocksure, fist-pumping HAMMERHEAD, powerful and heavy follows. The lines “Black Metal In Your Souls” and the chorus “Hammerhead – Hammerhead – Headbanger – Headbanger” have made this, one of the band’s latter metal anthems.

CRONOS was in a great mood and had a long cool rant before LONG HAIRED PUNKS, which is punk all the way. And so it continues for another seven tracks of pure, honest brutality with every one a winner, going from heavy, slow and fast or sometimes all three in one track. Credit to drummer DANTE who puts in a shift of utter devastation. He is a monster behind his kit.

Without pausing, the trademark riff marked the oldies time with WELCOME TO HELL restoring the chaos inside EFFENAAR atmosphere. A mosh-pit was formed and once again I felt this unique happiness watching youngsters storming their way during one of these Thrash Metal precursor.

COUNTESS BATHORY offered one of the best guitar lines of the night. It’s violent catchiness has remained unbeatable.
Next RAGE sends some really insane riffs and chaotic solos out of his guitar, I mean, what is that on PEDAL TO THE METAL?! That is just Venom proving that they're still in shape and totally capable of making great tunes and don´t have to do a “all classic tunes” set to please their Legions.

Also, I loved the delivery of the lurching WARHEAD, Whenever it came time for the song’s title to be sung/roared, the band lurched to a stop and CRONOS would exhort/lead the crowd in screaming “WAAARRRHHHHEAAAAADDDDD” at full volume, then the band would kick back in. It is always very effective and very cool. Hats of to guitarist RAGE who are astonishing throughout with his dexterous playing on this one.

And since it´s Christmas time and VENOM have a track called BLACK X-MAS it was meant to happened, of course. Rarely played, but here again, nailed to perfection to everyone’s delight.

The band closed things out with BLACK METAL, the mother of all Venomclassics, sure to always whip everyone into a frenzy. They played this song with all of the excitement and drive that we expect and at the command of CRONOS, hearing the crowd sing, “LAY DOWN YOUR SOUL TO THE GODS ROCK N’ ROLL” always send a shiver up my spine. The place roared with gratitude as the band took their bows, shook hands, and exited the stage.

I liken the VENOM experience to a boxer toying with a n opponent: he jabs and hooks, keeping the poor blighter hanging until the blessed relief of the final crushing blow. VENOM knock you about, soften you up for 15 rounds and then you realize you have been taught an absolute lesson.

Still the heavyweight champions of Metal. Can´t wait ´til next time.

NOTE: In Leauge With Satan and Witching Hour was on the setlist but dropped due to curfew 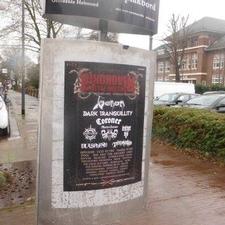 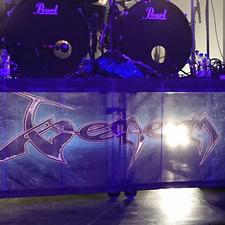 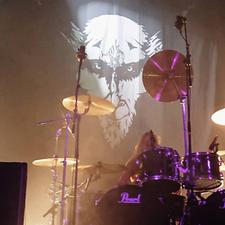 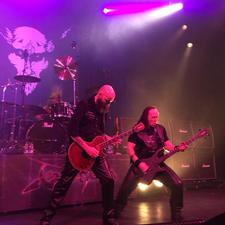 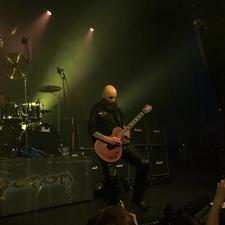 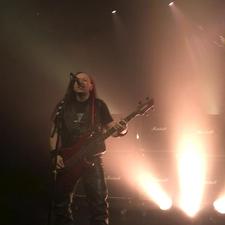 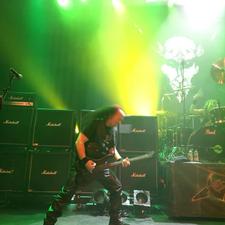 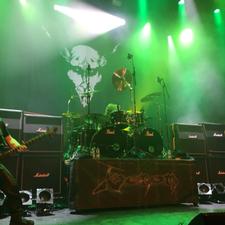 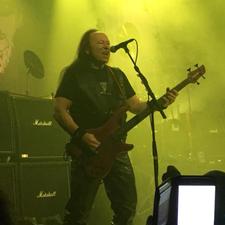 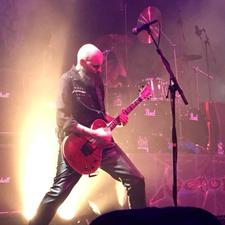 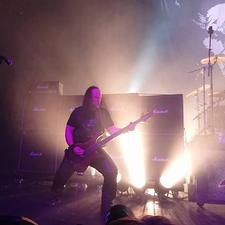 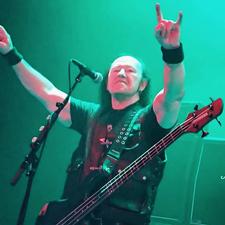 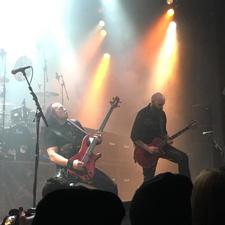 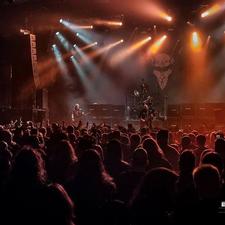