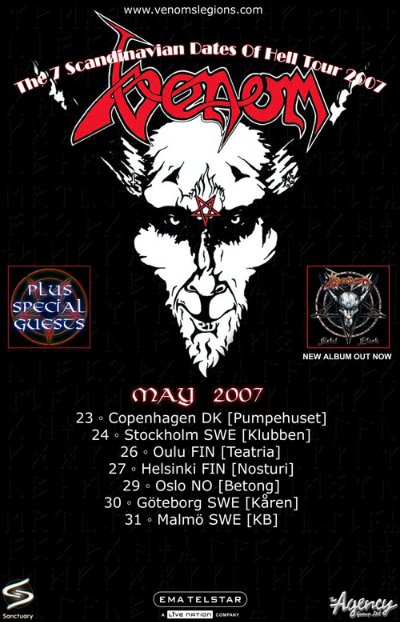 Next stop at the "7 Scandinavian Dates Of Hell Tour" after Copenhagen was Stockholm. My hometown. It was more or less a dream come true, of course. After the excitement of meeting our heroes at the signing session we decided to skip the first half of support act Nifelheims gig in favour of some beers. A wise choice considering the fact that Klubben usually is hot as a sauna. As on the night before, Nifelheim did there job as a teaser to bigger things really good.

In the venue, temperature and excitement rise by what must be about forty degrees. It may be this hot in Egypt, but I´ll wager it rarely gets this sweaty. The size of the crowd is a completely different affair tonight compared to the Copenhagen concert. The floor is packed as it should be. The Stockholm crowd usually are loud and knowing and this night was no exception. Irrespective of what you think of the old-school sound you´ve got to admit that Venom´s tunes work excellent for crowded and sweaty indoor venues. And Klubben is one of them.

Kicking off with Black Metal, the opener to their mega-classic second album with the same name, provides the perfect warm up. With 7 Gates Of Hell following, the B-side of the Warhead 12"-single from 1983, the crowd are already mesmerised by the performance. While newer tracks like Burn In Hell and Metal Black have heralded a great return to form, it´s the old shit that gets the hungry mob tonight really going, and there´s plenty of that: Bloodlust, Welcome To Hell, Countess Bathory, 1000 Days In Sodom. The band is on fire this evening, Cronos is undeniably a charismatic frontman who channels his infectious passion directly into his music while guitarist Rage just let the music do the talking, tonight looking way more comfortable than last night. Antton´s seamless drumming adds an impressive backbone to the thickly-sliced doses of metal. The kind of double-kick thunder that he shows on Antechrist and House Of Pain is something his predecessor, Abaddon, never could have done. The latter is the only track that is new from yesterdays setlist. A good track but I would have prefered another song from the Metal Black album, Lucifer Rising or Regé Satanas. The Possessed / Schizo / Live Like An Angel medley is a winner but it´s the strength of the delivery of At War With Satan that really causes the jaw to drop. Magnificent!

The crowd greet every song like a long lost friend, bathing in the warmth of a sound drawn from the history of Black Metal. The night finishes with the anthemic In League With Satan, with the crowd barking "Evil...In League With Satan" at Cronos bidding. By the second encore with Witching Hour, the band had the audience in a sweaty palm of their rased fist. Everyone left satisfied, looking forward to more Venom shows in the future. Pure Venom, pure metal, pure magic. 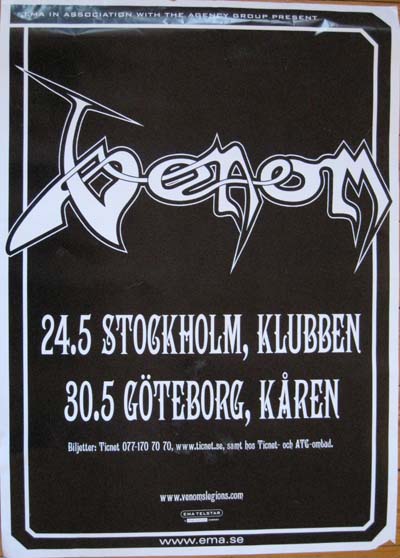 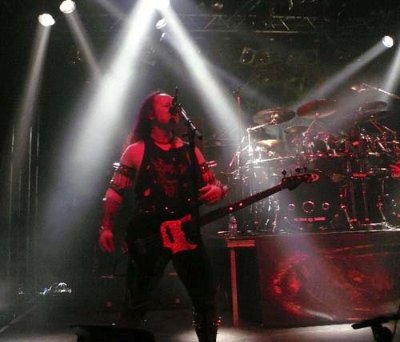 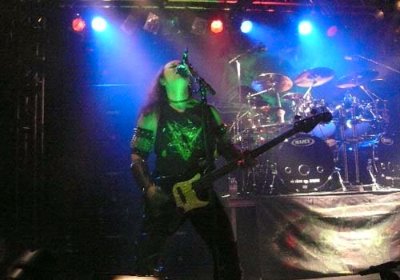 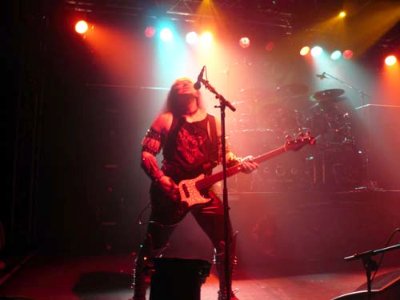 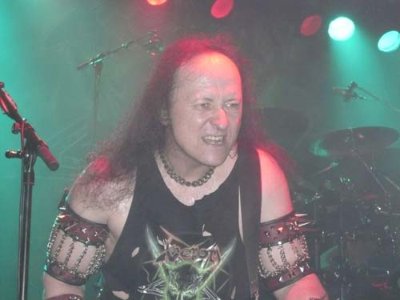 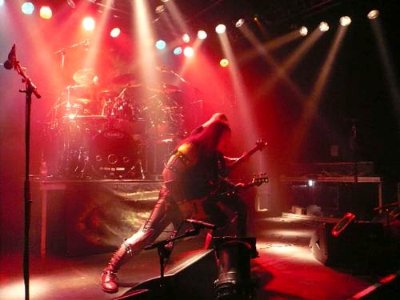 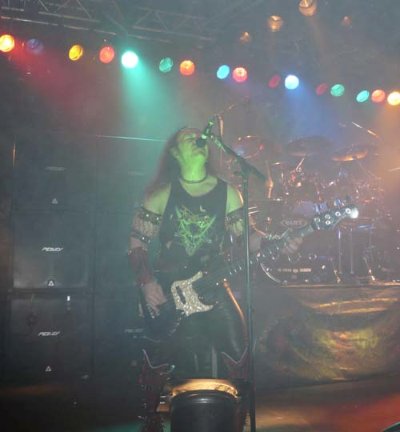 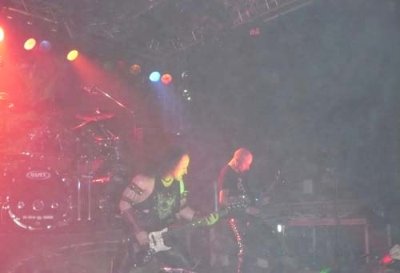 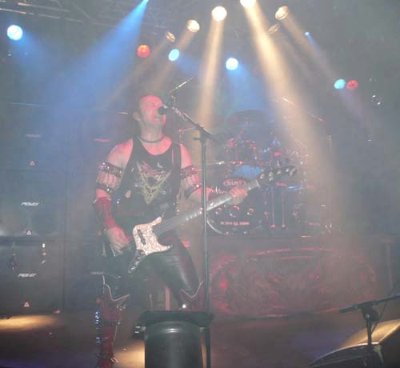 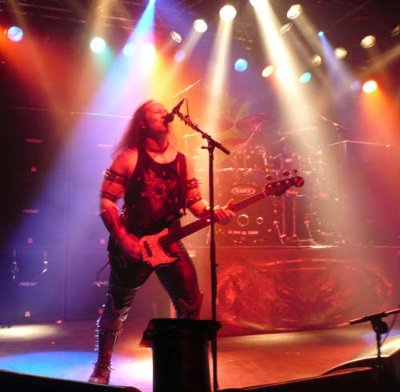 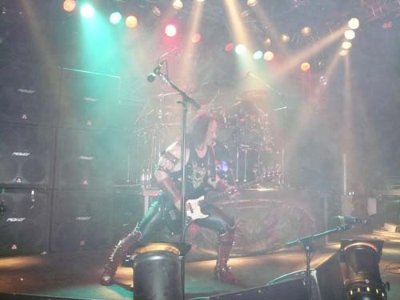 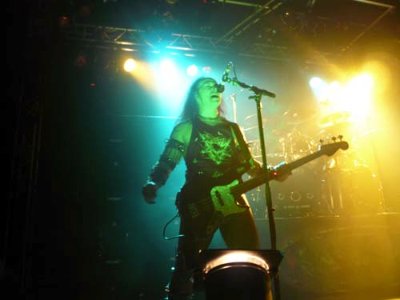 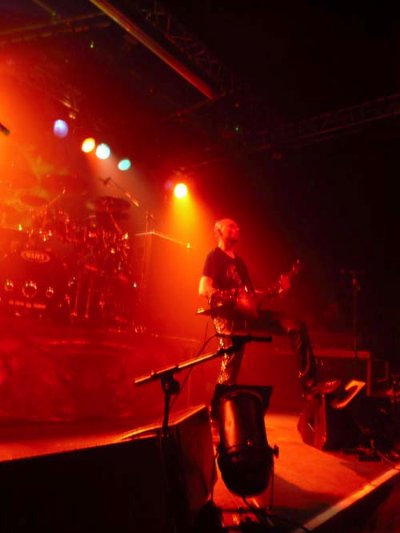 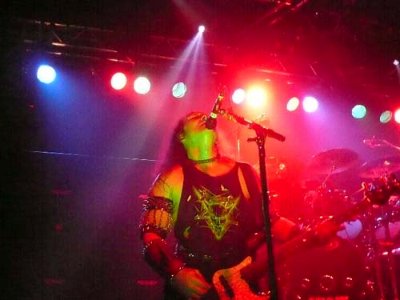 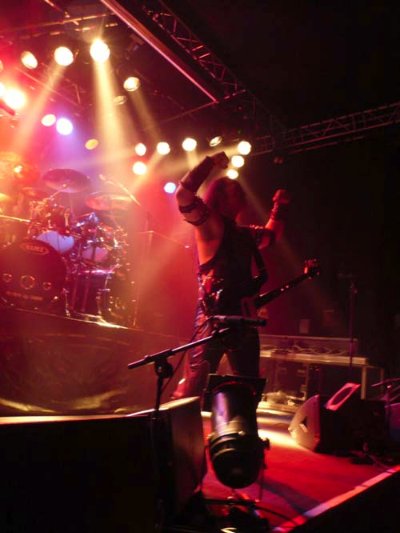 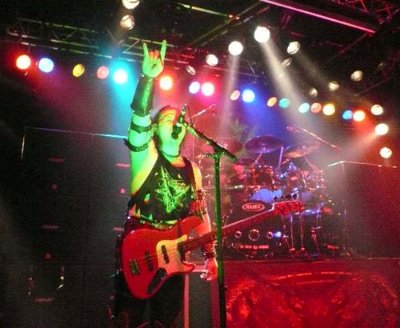 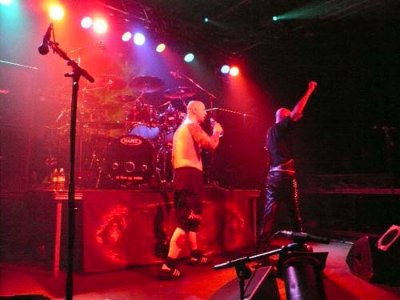 Here is the setlist. Same tracks as in Copenhagen was played with one addition - House Of Pain. For some reason they omitted Die Hard. 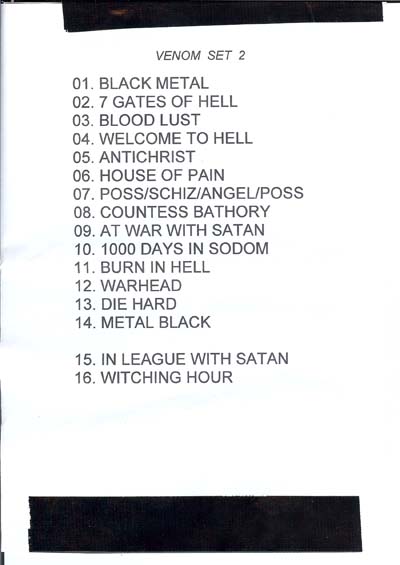