This was my first visit to Kåren in Gothenburg and I was disappointed to see what the venue looked like. It was a lecture hall with the ambience and class of a 1950´s bingo hall. Uahh! But nevertheless both bands managed to shine through tonight with help from the enthusiastic crowd.

First out, Nifelheim are an all-out onslaught, unrelanting, unforgiving and one-dimensional band in the best possible way. The echos of the first two Bathory albums are just great to hear. They really look Metal and will not be out-done with studs, even Rob Halford would have to acknowledge defeat. This is how it should be done, a band that just rip into the songs like feasting lions. It´s what made thrash/black metal so vital once upon a time - and still is. Nails, spandex, studs, leather and headbanging and everyting you could ask for. Great gig.

Next up, Venom. After the introtape there´s a frenetic run through a fast, raw and intense Black Metal. Vituperative clumps of riffs speed carelessly from the backline careering into the sweaty hordes of Legions at the frontline crushed against the barrier. The reaction is predictably enthusiastic. A perfect opener. With his head craned back, his mike at 45 degrees and his bass in-hand, Cronos on stage is nothing short of an inspired sight. And the crowd is with him right from the beginning. The vintage 7 Gates Of Hell and a savage Bloodlust set the place alight while the spellbounding Welcome To Hell adding thunderous groove to an already lethal armoury. In short, awesome

Antton is, no joke and no contest, one of the most hard-hitting and furious drummer in metal today. Watching him on the raging Antechrist is like watching a Robocop-esque automaton programmed to slay and kill. Lovely performance, lovely track. If you want skullcrushing metal - the kind you´d want to grab a stool and smash some annoying twat to - House Of Pain is the song. Tonight much tighter and better than in Stockholm the week before. A big surprise!

Playing medleys of songs live is nothing new for Venom, they did it already in 1983 with Teacher´s Pet and Poison. For this tour they have rehearsed an eight minutes long medley of Possessed, Schizo and Live Like An Angel and I must say that this is a masterstroke. It works brilliant even on a night like this when the introtape is missing. Aside from Cronos, my main focus of attention this night is Rage. Rarely missing a riff, throwing out perfect soloing and looking confident and every inch the spot on replacement. What a transformation from the last week! Really good to see. The sweat is sweating and the biggest roar this evening comes to the fan-favourite Countess Bathory and with the incomparable mighty At War With Satan next up you can´t really wish for more.

Classics like 1000 Days In Sodom, Warhead and Die Hard sit comfortably alongside excellent new songs like Burn In Hell and Metal Black from their back-to basics Metal Black album. The setlist on this tour has been absolutely delicious and the two encore tracks tonight is the same as on earlier gigs. The unmistakable tribal drum beat of In Leauge With Satan makes the floor going wild and everyone is singing the catchy chorus. Perfect livenumber. Last but definitely not least the show closed with the armageddon inducing Witching Hour, heavier and faster than ever, reinforced by Antton and Rage with epileptic lightning leaving Cronos a macabre silhoutte, his Fender Bass looking like the Grim Reaper´s scythe.

Venom is no novelty sideshow. Cronos is the real deal, a thrilling and totally compulsive performer. Miss him, miss Venom and you´re missing out. They will return..... 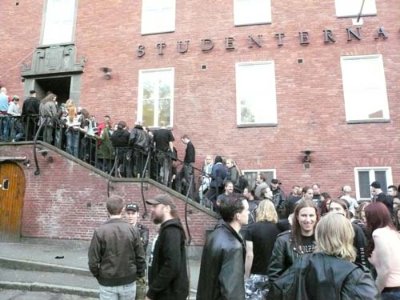 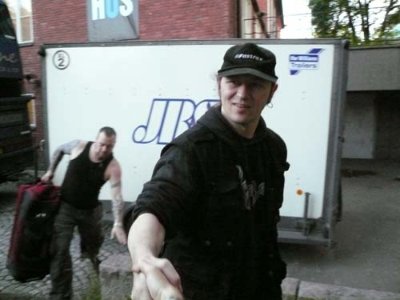 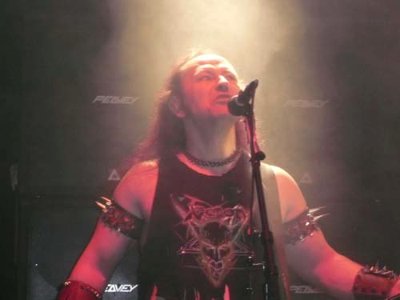 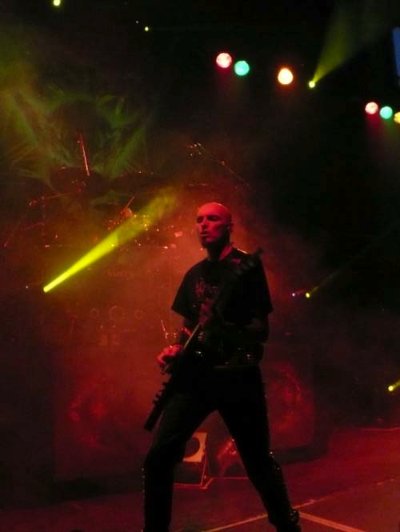 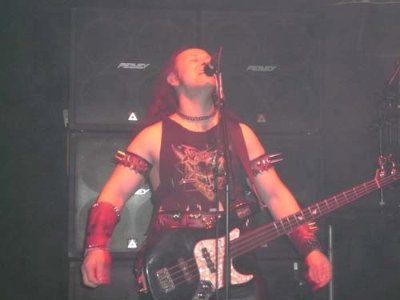 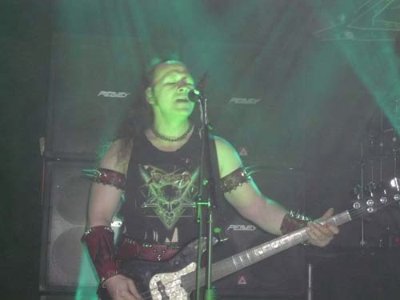 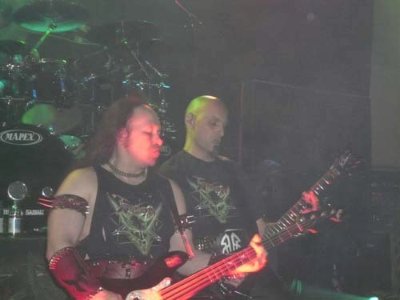 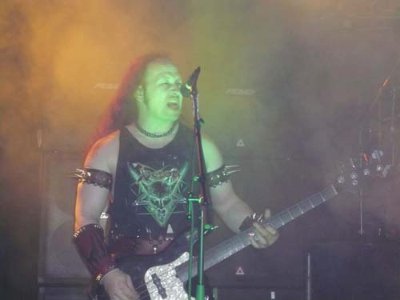 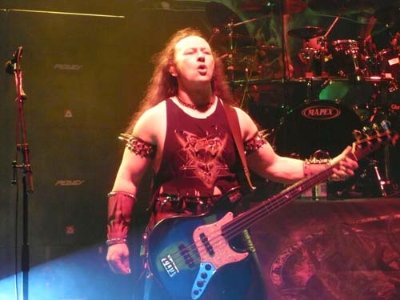 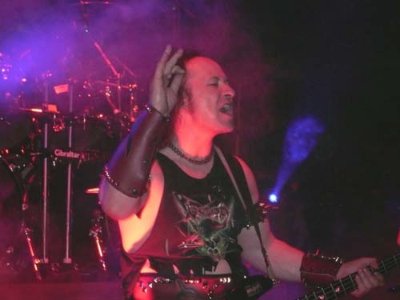 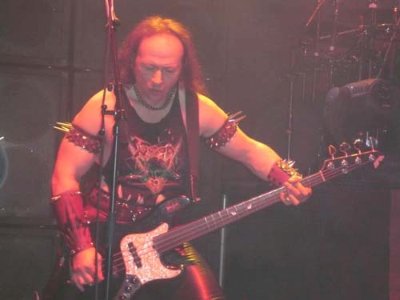 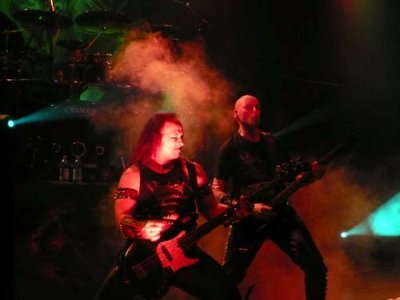 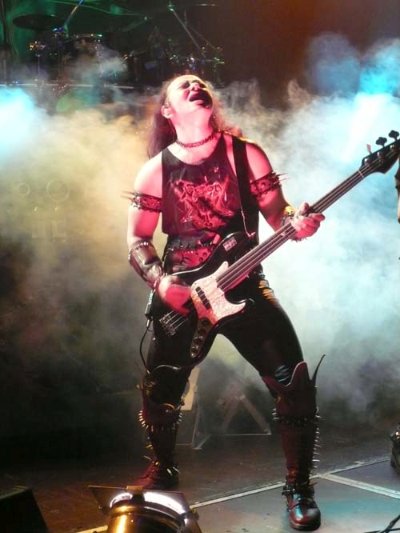 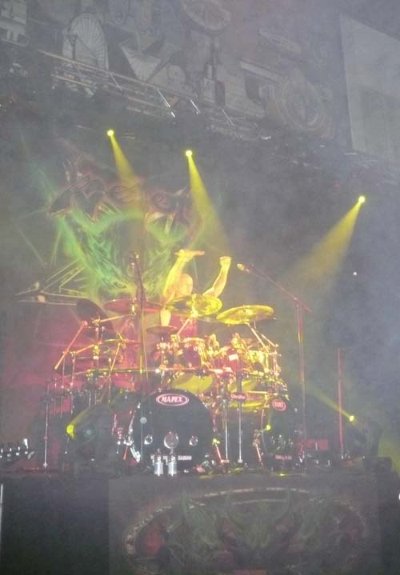 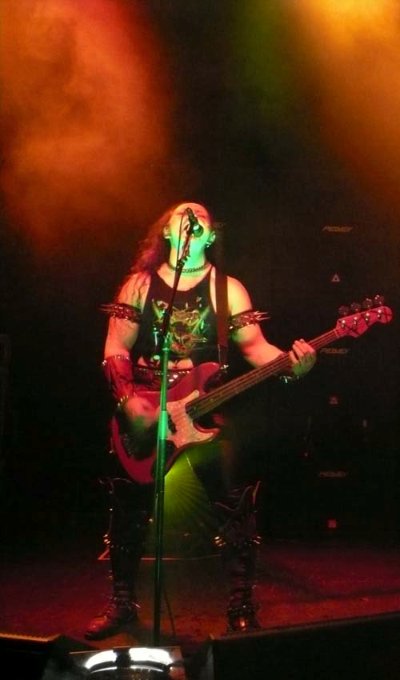 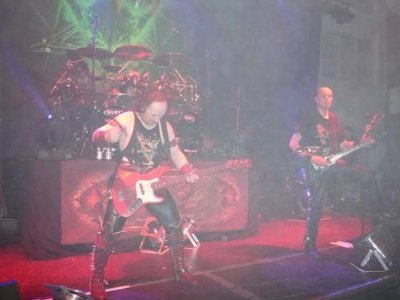