Venom returns to Poland for a headlinegig at INTO THE ABYSS festival on 16th May. 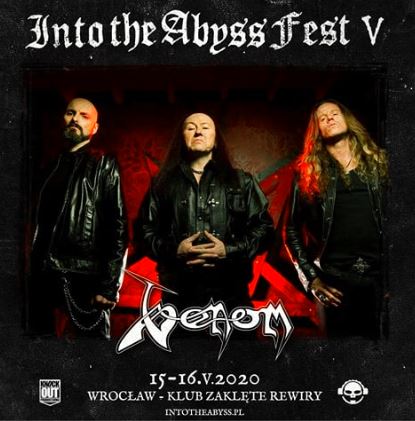 INTO THE ABYSS FESTIVAL

Metalfestival INTO THE GRAVE 2020 festival news. Venom is co-headlining the sunday.
9 August. Save te date Legions! 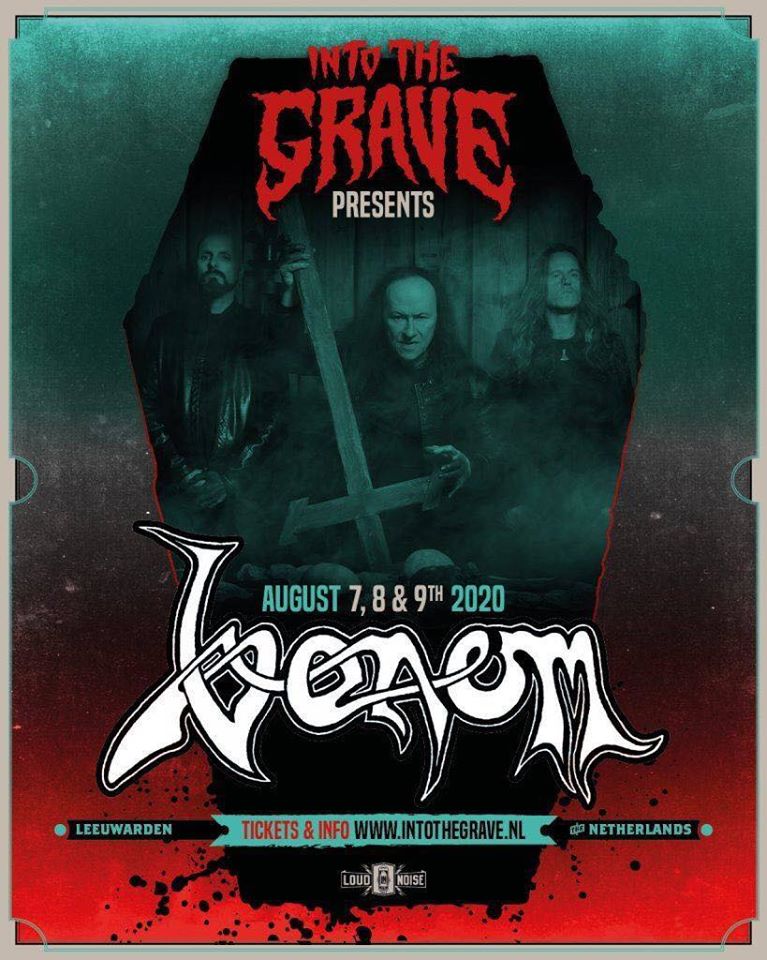 INTO THE GRAVE FESTIVAL PAGE

Gig at ROCK THE CASTLE confirmed. Congratulations to the Italian Legions.
Venom will play 5th July 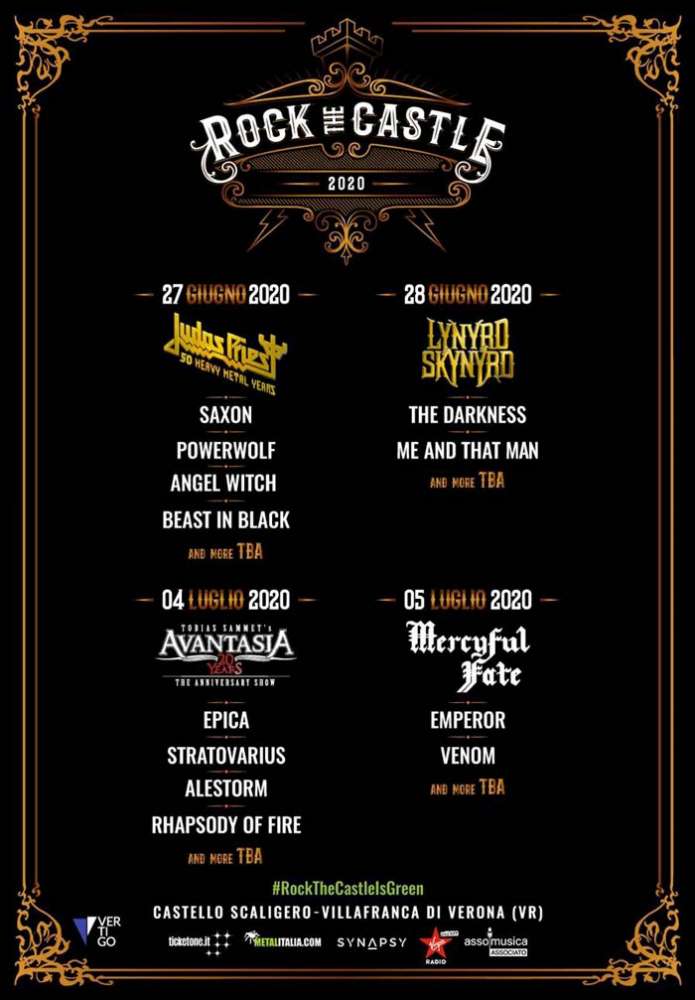 AT SEA WITH SATAN

Venom are returning to international waters to appear live on the next edition of the:
70,000 Tons Of Metal, worlds biggest cruise festival between 7 to 11 January 2020 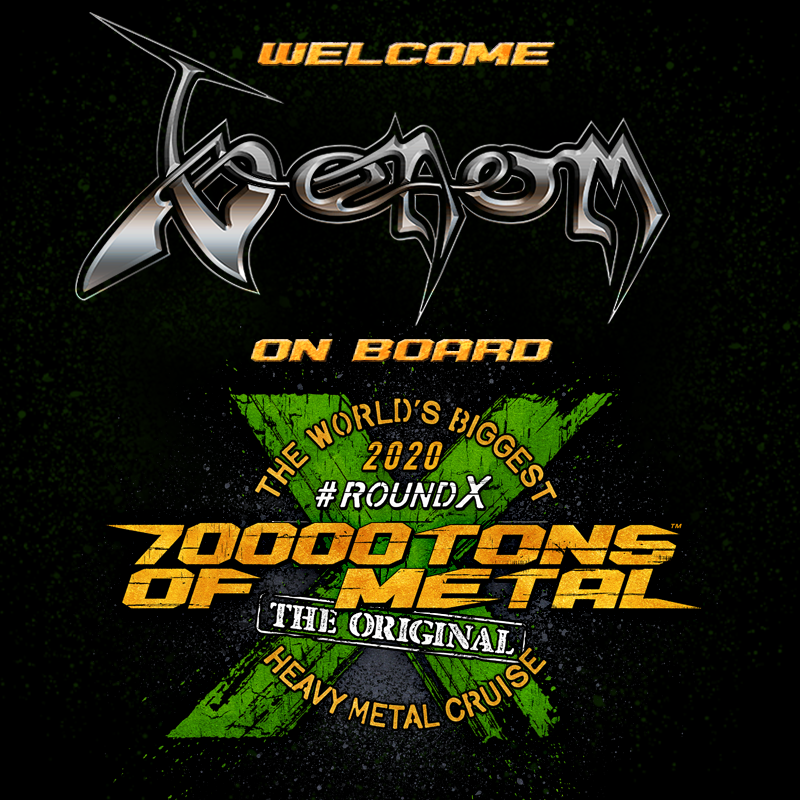 Venom have just announced another return show at the 25th anniversary of the awesome
'Brutal Assault' festival in the Czech Republic in 2020. The festival takes place from
5 to 8 August 2020 with a host of bands already confirmed for the event.
Visit the festival website for more information. Venom will play on 7 August 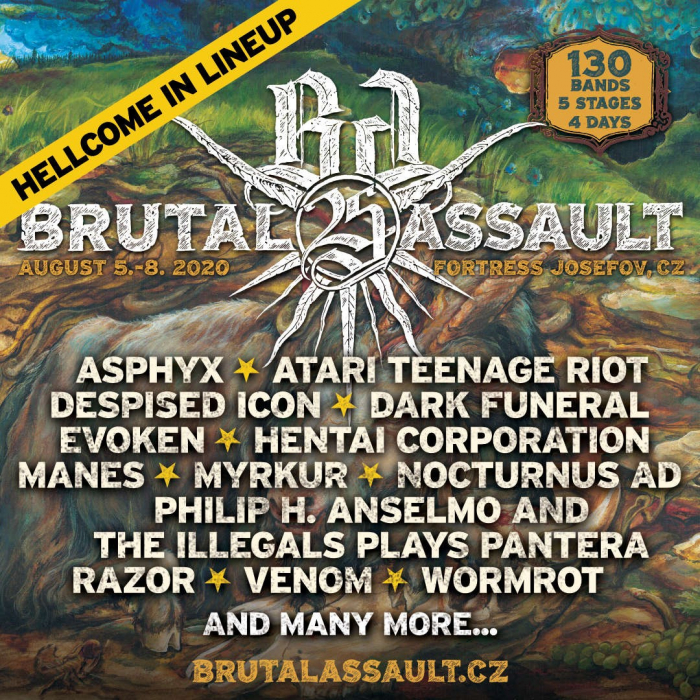 TOO LIVE FOR THE CROWD

Announcements for the 2020 Live Venom shows are underway.

Starting with a headline show at the infernal 'Inferno Metal Festival' in April, then another
at the infamous 'WOA Wacken Festival' in August. Exact dates to be announced

There's still more Venomous mayhem to come in 2019 before the end of the year, plus,
the powers that be are planning a surprise one-off to hopefully be announced soon, to
satisfy some very hungry & deserving Legions. [more on this coming soon] 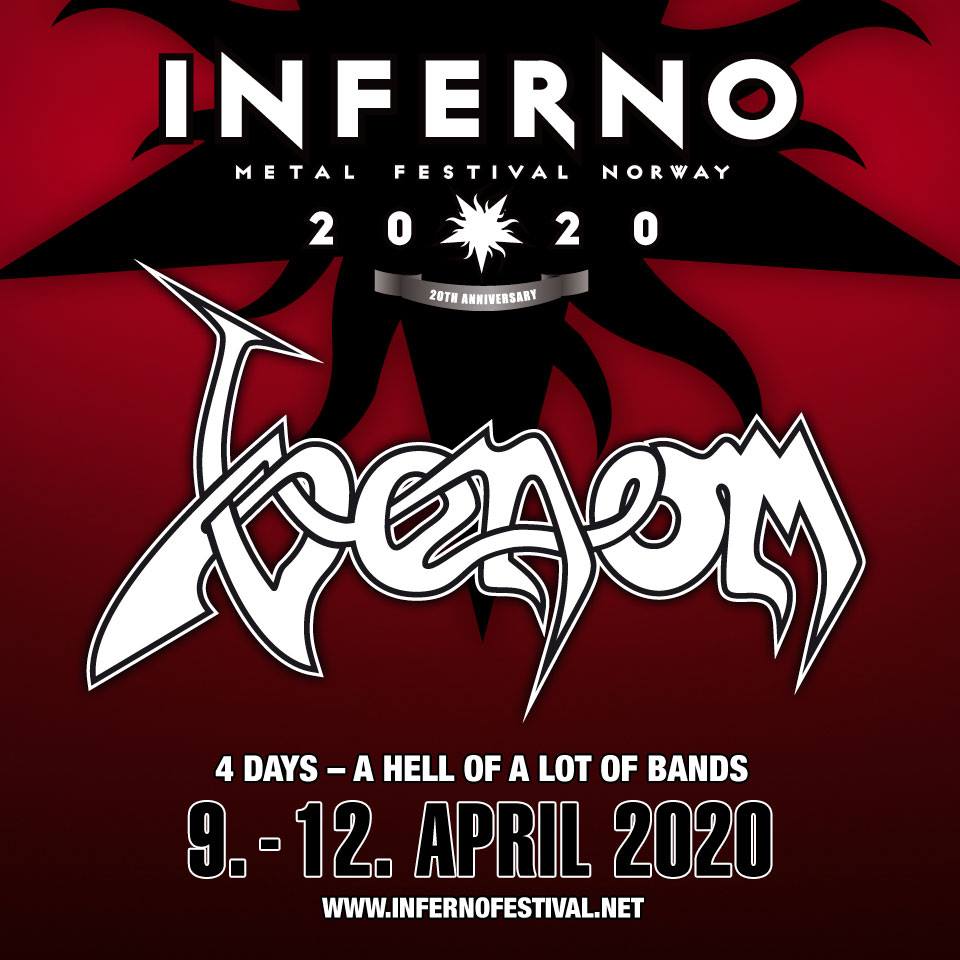 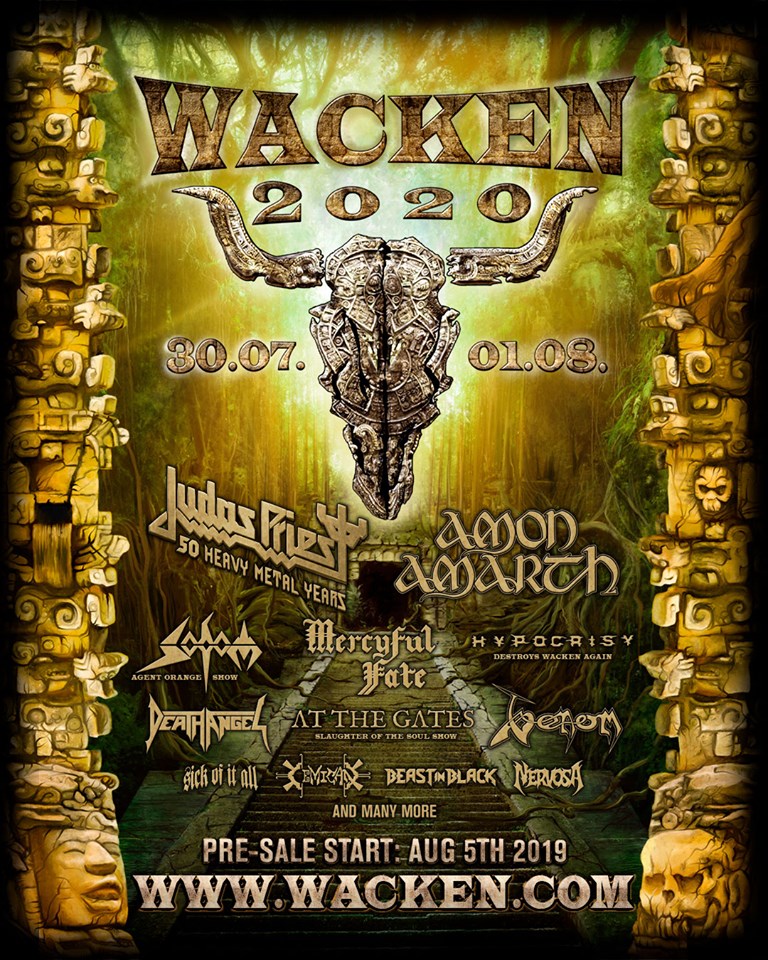 Venom are proud to announce their brand new indoor touring festival entitled:
"LUCIFER RISING" which will reveal the darkest & most evil live package to
shatter Germany's stages right before the end of 2019.
Continental-concerts.de are powered by: Rock Hard, Musix, & Metal.de to
reveal this ground breaking event.

VENOM – the headliner of the festival, who started it all in the 1970's,
hailed as the forefathers of Black Metal & lead by the mighty Cronos.
DARK FUNERAL - who carry the true black spirit into modern times.
MIDNIGHT - like no other band they deliver the unholy alliance of
80's Trash, Speed & Black Metal.

2 more acts from "the very depths of hell" will be announced very soon...
Lay down your souls to the gods Rock n Roll! 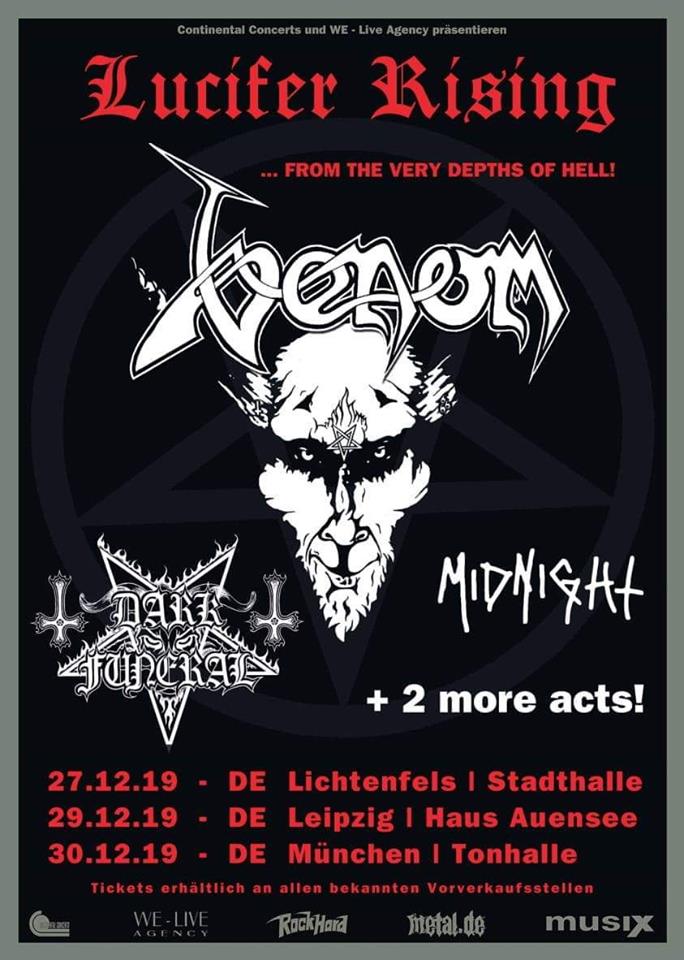 Venom release a fantastic lyric video for their new song:
'Bring Out Your Dead' on;Tuesday 19 April 2019.

The song is from the new Venom album; 'Storm The Gates' released by Spinefarm

Records on; 14 December 2018.  [*see below for more information]
The video will appear on the official Venom VEVO YouTube Channel here: 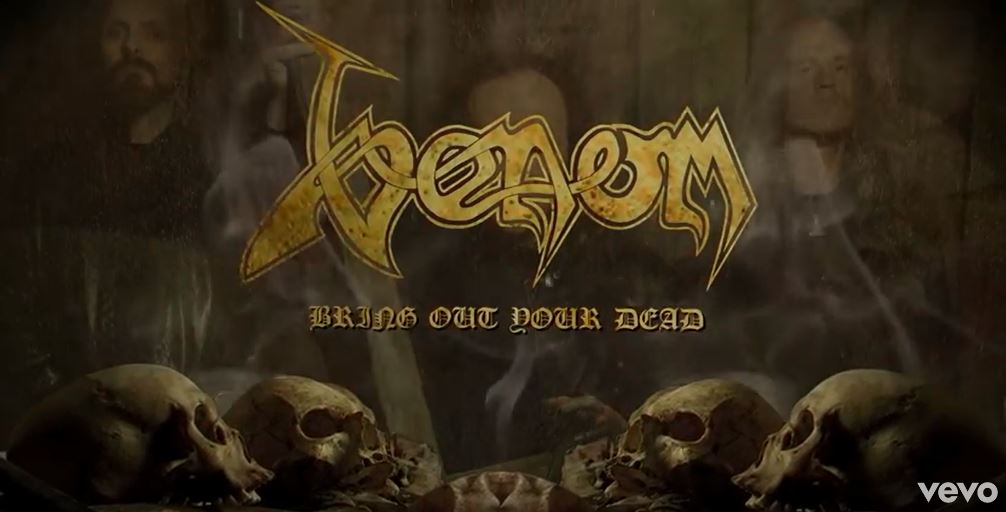 Just confirmed! Venom will return to ROCK FEST, Barcelona, for the
second time. The date is 6 July 2019. Expect no mercy. See You! 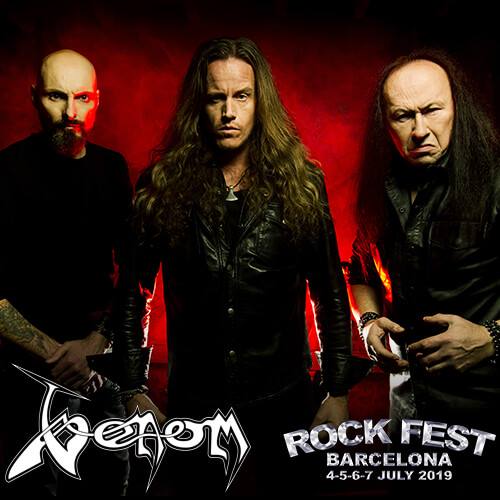 Venom will play at SKOGSRÖJET FESTIVAL in Rejmyre 3 August.
Congratulations to the Swedish Legions! Save the date!

Venom proudly announce the release of their lomg awaited 40th Anniversary Deluxe Box.
Set on: 31 May 2019 via BMG entitled: "In Nomine Satanas-40 Years In Sodom" 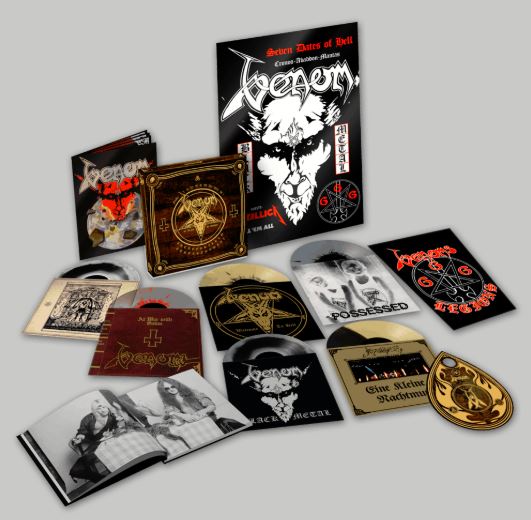 STG PICTURE DISC IN APRIL We've just received confirmation from Spinefarm Records of the official picture disc release of the 'Storm The Gates' album on; 19th April 2019. Check out the official label website [below] for pre ordering information.